Forum rules
PLEASE don't post images of your entire desktop, attach entire campaign files when only a single file is needed, or generally act in some other anti-social behavior.

Well, yesterday I plan to try my D&D 2.5 Maptool Framework. With "real" people AKA my Kids as players. And...
One of them "impressonate" another token and become able to speak as him. Without any GM rights... For me is a bug !
They can move on the entire campaign is the map is "player visible" thus they can't see any NPC. But they can see all the Donjon Map. Without GM rights. If this "functionality" was for move the token on a new map why not, but it isn't. Only GM can cut & paste tokens on another map. Again, it's a bug to me.
I install my campaign on a distant server, works perfectly, but in my local remote screen some buttons and Menus are unreachable without moving "Maptool" from corner to corner. Not that easy. If it's possible, the "The Globe button, where you can select among your maps" should be movable or at the left of the screen. It's more usable in a game session, not the "Eye" icon in the MapTool toolbar and all that stuff used on preparing campaign. 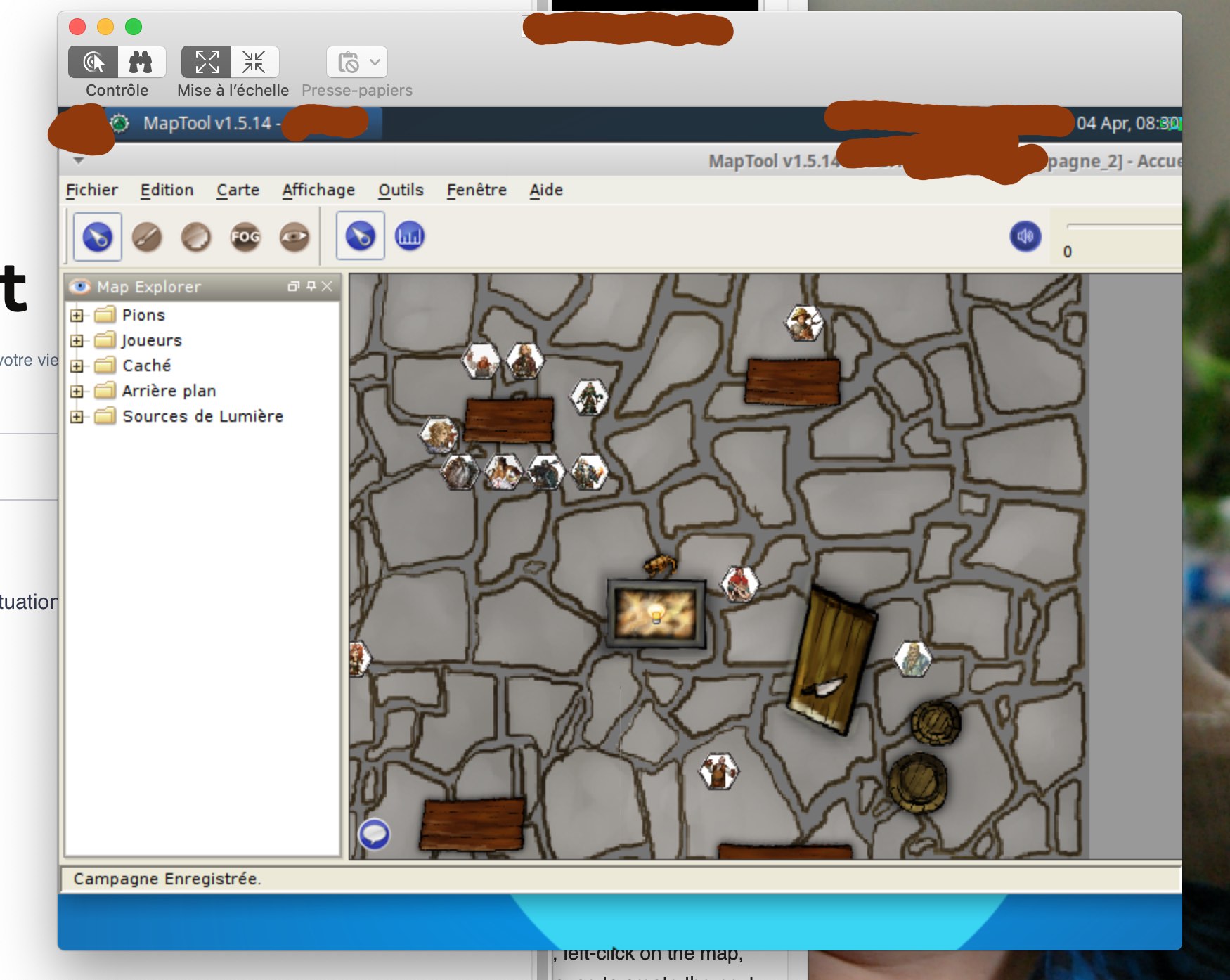 Well, voilà. And we just create the characters, the real game session start tonight and I'm afraid... What I'm going to experiment ? AS George said : "What else ?"...
Belle journée à vous et prenez soin de vous !
Slowly but surely, I'm moving in MapTools, but I'm just a guy with some skills in English and old level of coding (since Basic in early 80's and macro in MS products and more recently HTML and PHP).
Top

Make sure to have strict token owner checked when you start the server otherwise all players own all tokens. I recommend the video tutorials. They're really helpful on the basics.
Downloads:
Top

Regarding the MapTool toolbar, did you try to resize the MapTool window so that it fits comfortably within your remote connection window?

Unless you have a really narrow window, the MapTool toolbar should remain fully accessible: