by Dracones
I've created a Fate Core/Accelerated framework for Maptool. Link for the framework is here.

by Dracones
Some sample screen shots. by Dracones
Basic usage if you're not into watching the videos. by Radiating Gnome
This is awesome -- I needed it very badly. Thank you for your work!

by wolph42
Very nice! Good documentation! Might I suggest that you put spoiler tags around the pics? You can have a look at my FW post linked in sig to see what I mean.

Keep up the good work!

by Radiating Gnome
So, I've downloaded the version you linked, but I'm having some problems. The campaign macro window has only the character sheet macro button on it. The Library token as a bunch of macros on it, but there isn't one that will let me call up the library window. 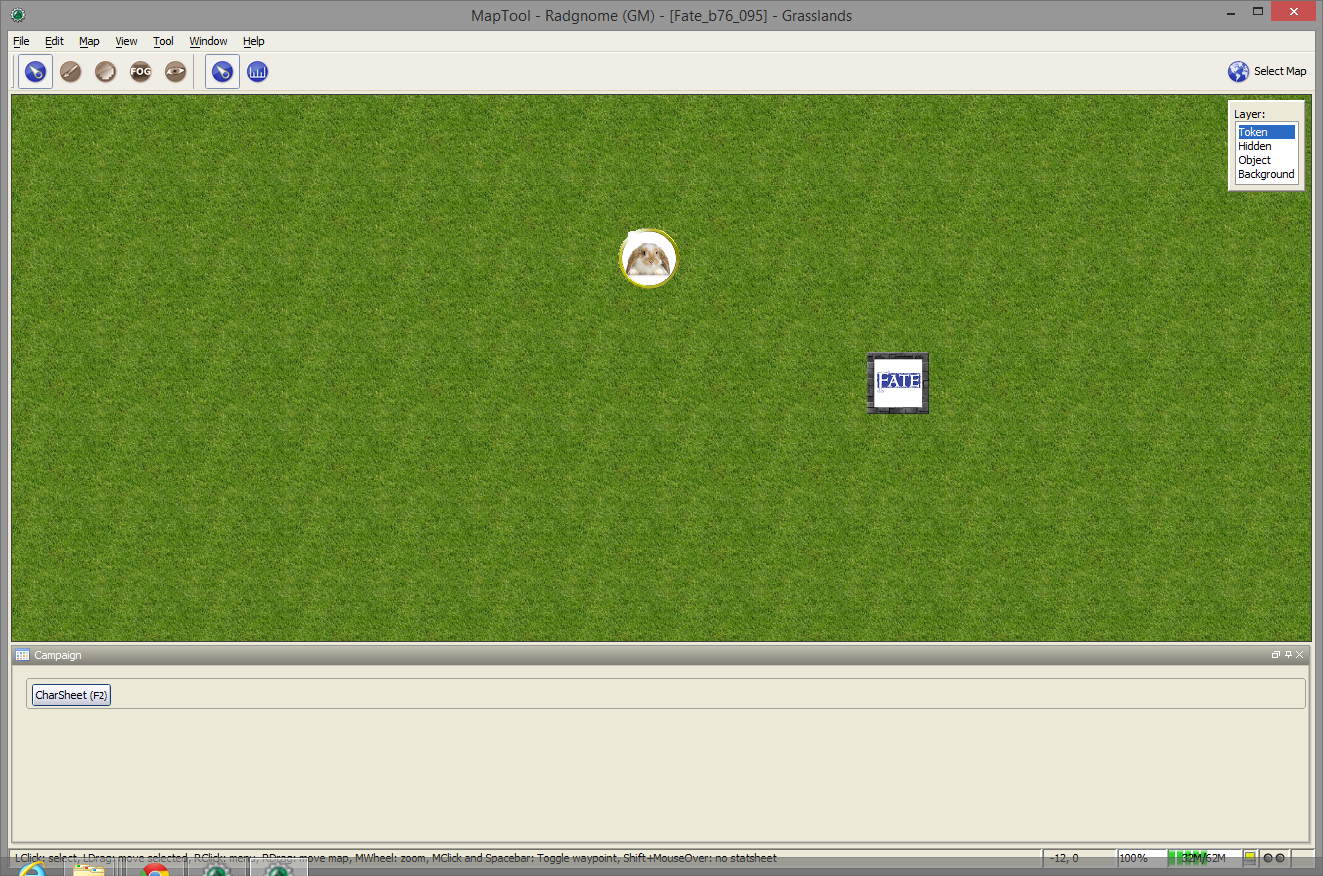 by Dracones
That framework isn't mine. Mine should be called Fate_Core.cmpgn. by Radiating Gnome
Doh! You're right. Not sure how I got that turned around. Thanks!

by Odonel
This is really awesome! My girlfriend asked me to create a Fate Core framework and now I found this and it is just so great.

One potential bug: If you roll the skill of a mob, the quantity is not considered for the result. I am especially wondering about this, because you said in your video, that they assists themselves and should get a bonus. Maybe it got lost in an update?

by Dracones
The mob utility isn't supposed to change the token so skill rolls auto-add teamwork pluses to the skill roll. All it really does is take a token's stress tracks and sort of mobs it out. So if you had a token with 3 physical stress you could mob into three guys and get: So what I'm doing is setting aside a Preset Tokens map where I setup tokens I want to use as templates and then have some macroing that allows me to either copy over tokens from that map or copy all the stats off a token on that map onto a selected token on the current map. So I can drag a new token onto a fresh map, call it "Scene: The Tavern", select it and then copy over all the pre-setup stats from my template Scene Token in the Preset Tokens map through a quick interface.

by MeMeMe
This looks like a very useful framework. I don't see any link to download it. Where can I get it?

Edit: Doh! never mind. I see the link on the first line now.

by Venatius
Just wanted to give my thanks for this! This looks pretty usable. I was looking at having to write my own Fate framework for an upcoming game, but it looks like I don't have to now! I think this'll do just fine.
All times are UTC-05:00
Page 1 of 1