Talk about whatever topic you'd like, RPG related or not. (But please discuss things related to our software in the Tools section, below.)

Since Trevor has stated that he's on a mission for a stable build, it begs the question: what build number will he declare the winner?

We'll take guesses until we get a winner. The prize, grandly donated by myself, will be a custom leather dice bag made by Yours Truly.

(A quick pimping of my own site for examples of my work: http://www.rogueleather.com )

Da Rulez: one build per guesser, the first available guess is b44 (This was posted the day b43 was announced). Trevor is the unofficial judge (and therefore can't play, sorry Trevor), as he will be the one deciding whether or not MT is stable for release. (He may, however, be susceptible to bribes; you'll have to take that up with him

If your build number goes by the wayside (I.E., the next build is announced) you may guess again.

I will update this post as guesses are made. I ran the idea past Azhrei, and he got the first pick.

*Updated 10-26-2009 - again with the new build and probability of the next in one one page of posts. b60 is out, but some strange disconnected-client behavior hints to a b61.

*Updated 12-17-2009 - again with the late edits. b61 down, b62 was quite hopeful, but it too fell by the wayside. (and Orchard had that speech all planned out.) Now it seems that Azhrei is on deck again with b63, but Trevor has mentioned a b64 to solve a problem with the German translation file. 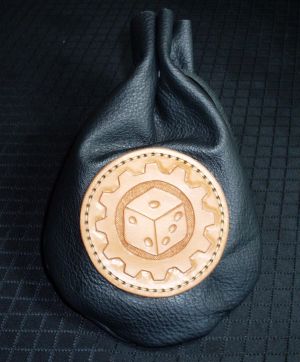 I called b52 a month ago

A pessimist is never disappointed. I call b55+

I'm hoping for a BINGO in my Play-by-post game.
Top

thecyberwolfe wrote:Since Trevor has stated that he's on a mission for a stable build, it begs the question: what build number will he declare the winner?

thecyberwolfe wrote:Since Trevor has stated that he's on a mission for a stable build, it begs the question: what build number will he declare the winner?

And you didn't even get in the pool...

Yeah, I'm not sure this was such a great idea -- it just means the potential for reallllly long breaks between builds!!

But what the heck... It should be fun.

At his current posting rate, that means he should hit the 10k mark somewhere around Friday.

Anyone care to start a second pool? That's a MUCH more risky thing, since it's completely under his control. He'd have to promise NOT TO PEEK. So, before we start a separate thread, can we get a 'no peek' promise from the man? We can work on a prize later...I'd offer something up, the right now the only things I can offer are old psychology texts...which I don't think have that much value in this context. Who knows, I might come up with something else, but I think I'll wait and see...

The final analysis of how that pool will work would be the person who gets closest on day and time. Any takers? And trevor, no peeking, right? We need confirmation!

*as of this post--of course his reply would bump him to only needing 45, and then each of the builds he's promised...well you get the picture...
0+0=1, for very unstable CPUs.
Top
Post Reply
232 posts