I'm working on a tileset for modern games, with a fairly generic "office building" look to them. It's aimed at letting you make a pretty quick office building if you need one.

I've attached a screenshot and a zip-file (it's not a great one, but you get the point) to show the work in progress. And yes, it's definitely WIP, so don't expect things to be perfectly named or organized, but feel free to use them.

At this point, I have yet to do any stairways, lighting, or any office objects, and I may not get to the office objects stuff, since that's available in so many places. However, the set so far has the walls (both interior and exterior) and doorways, textures for ugly carpets, and tiny little cubicles for people to slave away in.

Note that right now, it's designed for a 70-pixel grid (it was actually started as a project for another VTT which, for some reason, chose 70 pixels as the default grid size), but I'll probably ImageMagick 'em into a 50-pixel version when their done. Let me know if you can think of things to add, or if there are pieces that don't align properly when snapped to the grid - I fumbled some calculations at one point and I may not have corrected everything. 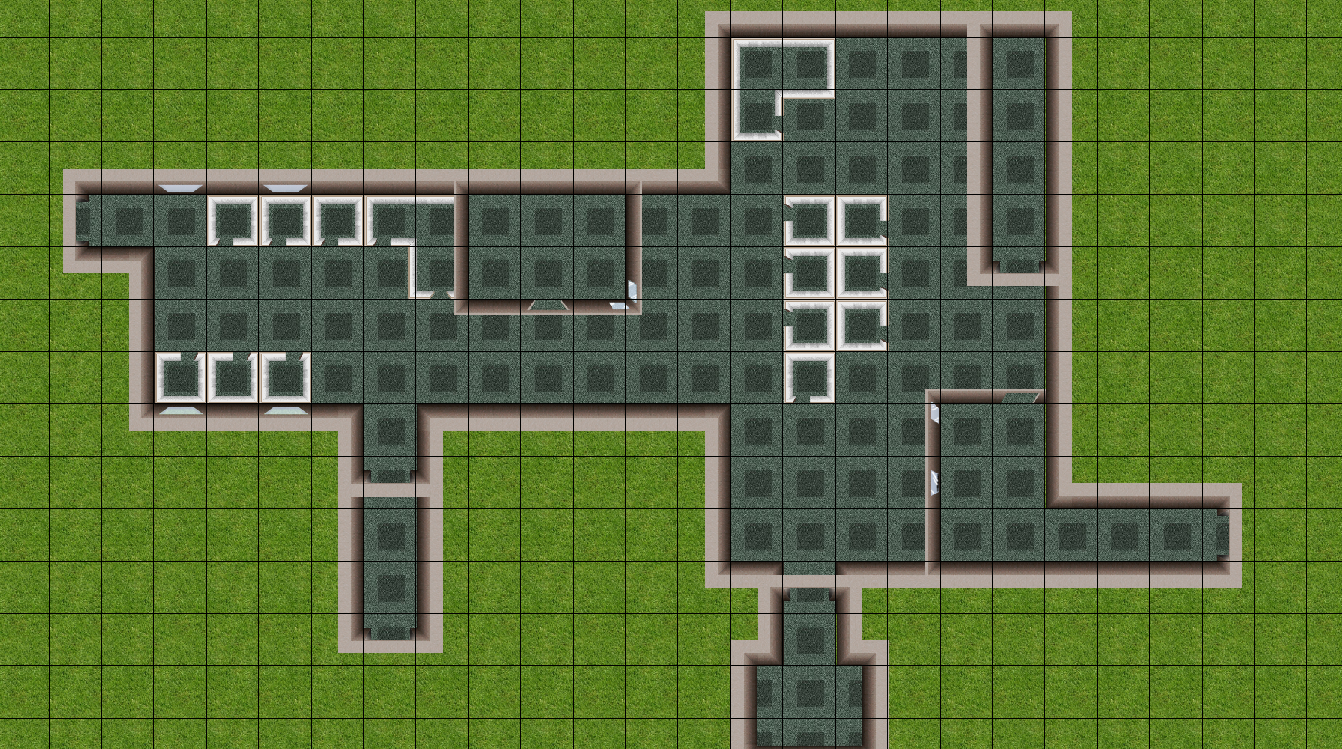 I think I've worked there before.. only 4 windows to the outside.
Downloads:
Top