Players travel along the coastal mountain barrier to discover a large coastal cave. At the cave entrance, the deafening sound of a waterfall can be heard and a passage going deeper in to the mountain side can be seen. There is a large pile of dead vegetation and bones just inside the cave. 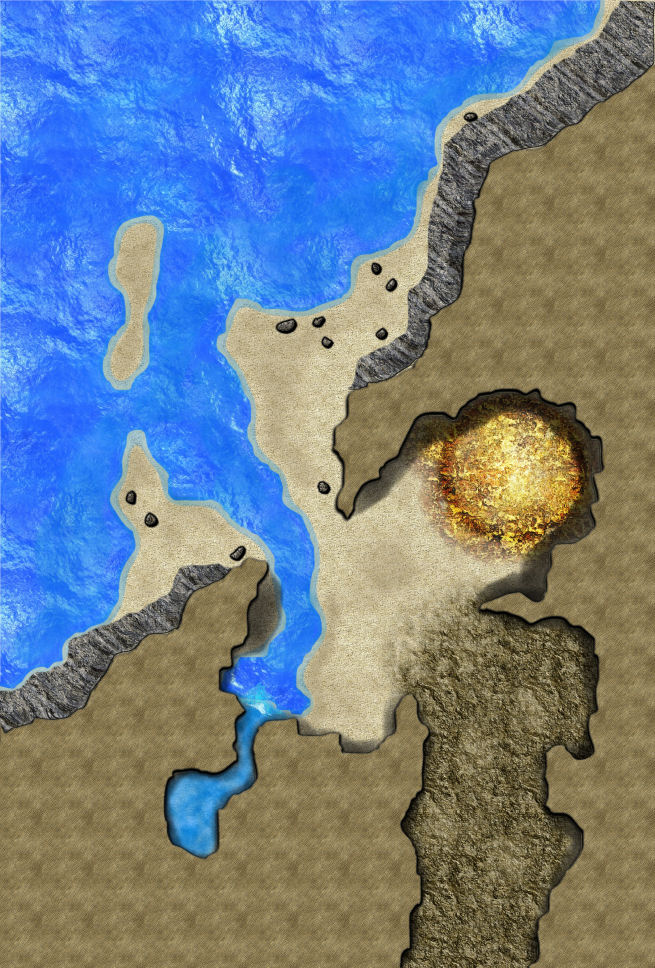 Thanks. I have a bunch more that I've created all apart of the same campaign. This was the last (well 2nd to last). I just uploaded the Halls of Beckoning. These are all the maps I'll eventually upload or have uploaded:


I noticed 17 downloads so far. Anyone actually use this in a game yet?
Downloads:
Top
Post Reply
3 posts • Page 1 of 1