This is a development release! The campaign file format is NOT guaranteed to be consistent between the 1.4.0 builds and the 1.4.1 builds, as new development will always take place on the odd-numbered branch.

MapTool 1.4.1.8 is available for download from http://www.rptools.net/ by clicking on the Download link in the top toolbar.

The commit log is available via the GitHub page but many of the changes were related to the build system and automation; I've tried to separate them in the spoiler area, below, but no guarantees. (MapTool 1.4.1.7 was released Jul 2nd, 2016 so commit entries prior to that apply to the previous build.)

Major fixes include the token ID bug (where tokens contain all digits and are converted to numbers) and a problem with Meta-I not clearing FoW properly (Ctrl-I on Windows and Unix, Cmd-I on macOS).

There's been some confusion over whether there's a problem with the Windows launcher, so we're going to open up 1.4.1.8 for people to use and see what your results are.

Please try using the launcher in .1.8 and let us know of any negative experiences. The problems seem to be related to using the "open console" option, but we'd appreciate hearing about any issues, of course. 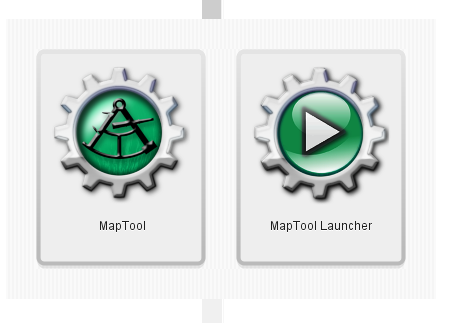 Looking att task manager it appears to be doing some self extracting in the background at first launch but I haven't figured out what's really happening. Clicking either launch or map tool I get the same error: 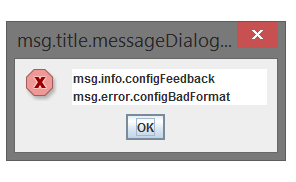 Maybe this system isn't such a good install solution? I would rather just have a zip file and type in the java launch arguments in bat file

How did you compile this installer? It doesn't appear to be a winrar or 7zip file. Using self extractors you might also encounter errors with antivirus software.

Does your system have any previous installs of MT and if so, what is the latest version before this one. Personally, I had no problem starting it. First time it asks me about java and to allow network access. If you click cancel, that would be a problem, but I don't think it's related to your problem.

You can try deleting the config folder under .maptool and let the program reinstall it. You can also just rename it to config-bak if you want to save the data there.
Downloads:
Top

This is just something to note if you have multiple groups running different versions of MT.
Downloads:
Top

yup, this is quite an annoying limitation of the wrapper. What I do is install 7 rename the entire dir to "JWrapper-MapTool 1417" then install 8 and do the same, then install jamz version (14320) and again do the same.

If i want to use a certain version i rename that directory back to "JWrapper-MapTool" and run one of the exe's.

not ideal, but works for now.

edit: jwrapper can be found in the directory %appdata% (just put that in the address bar of explorer
GETTING STARTED WITH MAPTOOLS - TUTORIALS, DOCS, VIDEOS, TOOLS, ETC

After much feedback, expect the jWrapper install to be a thing of the past. It was a great way to package a JRE and build the package but it has too many limitations (read irritations).

To answer an earlier question, yes, it installs to your user dir for windows, and you should use the start menu icon to launch after that. You can only have one version "installed".

Any recommendations as to which should be used for regular gaming?
What are the key differences between these two versions?
Will these versions be merged together?

I submit my changes back to the main repo and pull in any other changes that may get put into the main repo as well. If you want bleeding edge, my fork is the way to go. (Of course I'm gonna recommend my fork

I figured out where the program was self extracting and solved it by going there and copying everything to another folder:
C:\Users\<your login name>\AppData\Roaming\JWrapper-MapTool\JWrapper-MapTool-00053648849-complete

I don't think the self extractor in %AppData% is a good solution for such a big program.
Being new to Maptool I'm amazed at the power of this program. Thank you!
Top

FYI %AppData% is windows new home for apps that are installed for "user" only. These do not require additional permissions (ie admin)

If you install in /program files/ it requires higher level of permission, and then how does one install it on their work pc?

Is there a reason why this hasn't been pushed to the official release?

I'm actually still on 1.4.0.2 and am trying to decide whether to have players move to 0.5, the dev version, or Nerps.

If jwrapper is going and a backup fix will be in the next version I'll just wait for that.
Maptool is the Millennium Falcon of VTT's -- "She may not look like much, but she's got it where it counts."
Top

Yea, give a little bit to sort things out... at this point it would be silly to rollout 1.4.2.0 in jwrapper only to ditch it in the next version...